Will We See A Self Driving Car Soon? 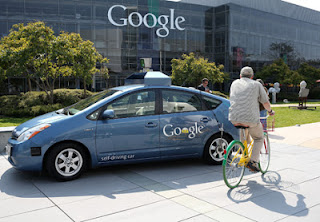 Now I am not much of a car guy but a self driving car would be cool and Google is trying to make it happen. They are hitting some road blocks but Google says that they will have a self driving car soon. It would be nice to have a car that drives itself, you wont have to do to much.

It would help with cutting down accidents that happen and there are a lot of bad drivers out there so it could be a win win for all of us. There is still a lot up in the air about a self driving car but wouldn’t it be nice and affordable to have a self driven car in your driveway.

When we talk about self driving cars I don’t mean you get in the car and you can fall asleep and let the car drive you will need to be awake when driving at all times its just a safer way to drive that’s all and thank Google for driverless car idea.

In a recent survey of driver 49% of them would like to entertain the idea of having a self driving car, would you like one?