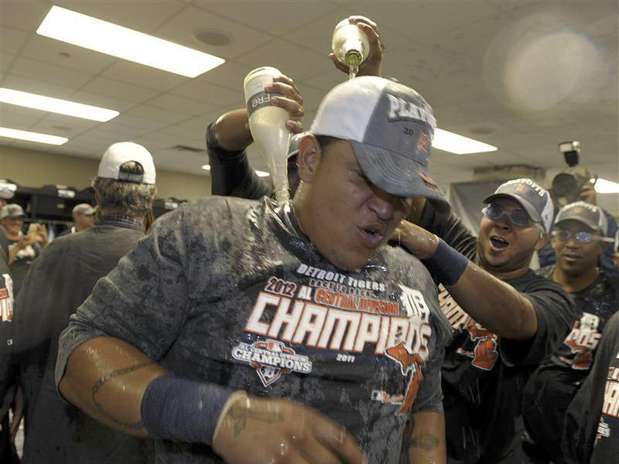 It looks like Miguel Cabrera is getting the end of the stick again. But it seems like its a common thing for the Detroit Tigers third baseman. The press that Cabrera has been getting for the triple crown is crap he should be getting a lot more, the triple crown hasn’t been achieved in 45 years.

You have to give the guy what he deserves the triple crown isn’t easy to achieve in any means.

The AL MVP debate, which features Cabrera and the Angels 21-year-old wunderkind Mike Trout, generally pits old-school stats vs. new-school stats, and in general, older people vs. newer people. (For the record, I think Trout is an excellent MVP candidate as well, and am not suggesting a Triple Crown winner should be the automatic MVP — nor do I believe that.)

Although he’s received MVP support in all nine of his previous seasons, and finished in the top five in five of those seasons, Cabrera has never won the MVP. It could be, of course, that he is just amazingly consistent, but others were more deserving in those years. But it’s clear that for whatever reason he isn’t the publicity-generator other superstars are.

The MVP debate is a great one that we’ll leave for another day. Someone wins an MVP every year (actually two people), and while it’s a major achievement, it isn’t nearly on the same level as the Triple Crown. Non-Hall-of-Famers simply do not win the Triple Crown. Many MVPs haven’t come close to getting a sniff at the Hall of Fame.

The Triple Crown chase deserves its day and its due. While some other stats, such as OPS, are more telling than batting average, as those who are more numbers-oriented have suggested for years, it’s the combination of BA and power that’s so rare, and should be so compelling.

Lets just hope that with the Detroit Tigers in the playoffs that it will show that Cabrera is one heck of a baseball player but like the people of Detroit don’t know that already, we just have to show the rest of the baseball world.
FacebookTweetPinLinkedInEmail