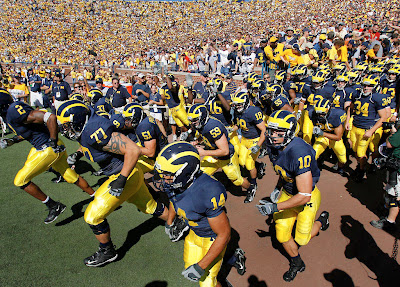 The Michigan State Spartans were ranked 19th in the poll at $50 million in revenue and $64 million in value. Teams were valued on a weighted scoring system that measured the value they created in four key areas, including: the team’s value to the university; value to its athletic department; value to its conference; and value to the surrounding community — including estimated spending by visitors on days of home games.

The Wolverines made $85 million which $62 million was pure profit. Not to bad for a big ten team and I guess we can say that the Michigan Wolverines are the better Michigan team, Sorry State.