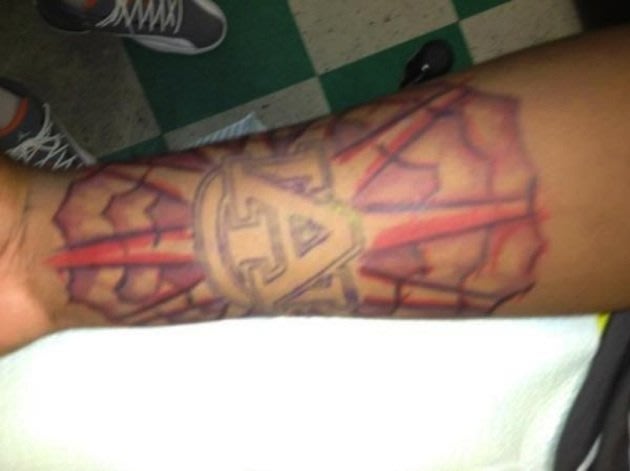 Now is just me or is this stupid this linebacker that committed to Auburn got a tattoo of the Auburn logo on his forearm and after he decommits to Auburn.

Five-star linebacker Reuben Foster decommitted to Auburn, as many outlets including AuburnSports.com reported. That’s usually not a big deal (Auburn fans can feel free to disagree, of course). Players change commitments before signing day all the time, especially when there’s a coaching change. But very few have a permanent homage on their body to the school they said they would go to.

The kid is not going to get rid of the tattoo either he said on Twitter.
Follow @Guysontheblock
FacebookTweetPinLinkedInEmail