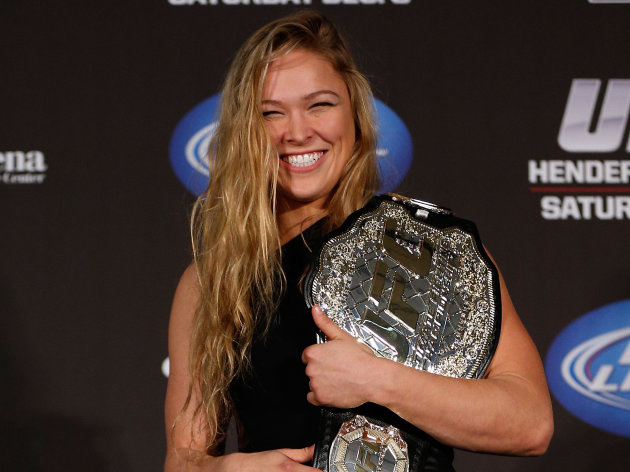 Now this is exciting for MMA audiences and UFC fans this is a girl that will be fighting. On Thursday, the UFC officially added another transcendent star, and the reverberations from the move will have a significant impact on the company’s business.

Ronda Rousey is now the women’s bantamweight champion and will headline UFC 157 on Feb. 23 at the Honda Center in Anaheim, Calif., against Liz Carmouche.

This opens the door to a big audience, not very many girls like to watch this but now they might. The UFC has added a women’s division how exciting. We will have to see how the fight turns out on Feb. 23rd, I guess.

Previous Story:
Recruit With Auburn Decommits After Tattoo
Next Story:
Carls Lock Of The Century