Spurs Get Sued For Resting Players 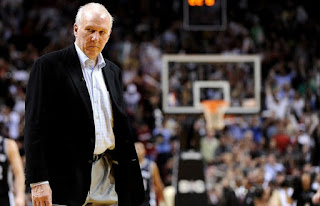 The San Antonio Spurs predicament has gotten even worst not only have they lost one of their star players for 14 days and when I am talking about a star I am talking about Manu Ginobili hes out with a left hamstring injury, but that doesn’t only suck the Spurs are being sued for resting their players a few months ago when they were on a long road game series.

I don’t think that is right if your a fan of the San Antonio Spurs I get you want to see your star players on the court but you have to remember that these athletes are humans too and they can’t play every game. I am 100% behind Greg Popovich  for what he did and I don’t care that the game was against the Miami Heat.

You have Dywane Wade and Lebron James to watch and were talking about an older Spurs team. If you are a Spurs fan wouldn’t you want to see them in the playoffs this year and make a run for the championship?  Well they need to be healthy and strong and have Ginobili back in the lineup but they will get there.