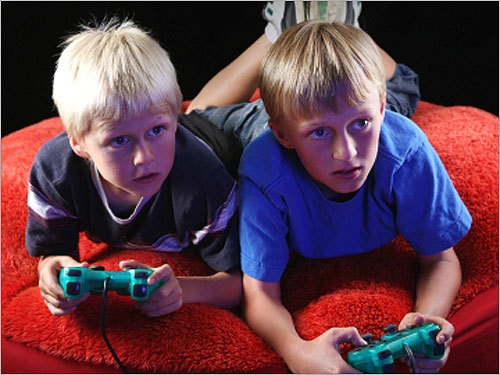 If you have a child in your house chance are he or she will put some video games on their wish list. But parents watch out because there are some really bad video games for kids some of the games just down right stink.

Tip No. 1: Check the ratings

Video game boxes come with ratings designed specifically to help parents know which titles are appropriate for which ages.

Little Big Planet Karting (PlayStation 3, Rated E) — All of the LittleBigPlanet games are an absolute joy to play not to mention very family friendly.

Skylanders Giants (all platforms, Rated E10+) — There’s no other way to put it: the E10+ rated Skylanders games — “Skylanders” and the new “Skylanders: Giants” — are kid gaming genius.

Tip No. 2. Be careful when buying games based on movies or TV shows

LEGO Lord of the Rings (all game machines, Rated: E10+) — Like the “LEGO: Star Wars,” “LEGO: Indiana Jones” and “LEGO: Harry Potter” games that came before, this LEGO-fied action-adventure game based on the “The Lord of the Rings” movies is a ton of family-friendly fun.

Tip No. 3. Consider some of the great older games your kid hasn’t played

Your child doesn’t necessarily need the latest and greatest (and most expensive) video games to be happy this holiday.

Kirby’s Dream Collection (Wii, Rated E) — As Nintendo president Satoru Iwata told me in an interview earlier this year, the excellent and long-running Kirby game series was specifically designed as a way to open up gaming to even the youngest and newest of players.

Speaking of saving money buying used is a great way to go when purchasing any video game.

New Super Mario Bros. Wii (Wii, Rated E) — If you haven’t had the chance (or the money) to upgrade from a Wii game machine to Nintendo’s new Wii U machine, not to worry.

Tip No. 5. Sometimes the best kid’s games are not necessarily made for kids

By this, I don’t necessarily mean you should let your children play Mature-rated games, I’m just saying that you don’t always need to shop specifically for “children’s” video games when you’re looking for a good game for your child. Some of the best games out there are enjoyable, appropriate and were made for players of ALL ages.

Journey (PlayStation 3, E10+) — This isn’t a kid’s game per se, but it’s still a great game to introduce to young players.