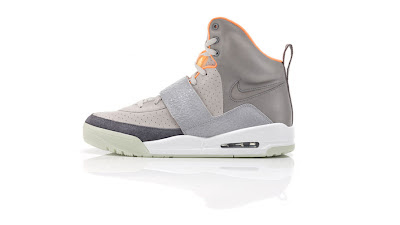 The $1000 Kanye West sneakers shoes the new “Air Yezzy” have sold out, Detroiter Nik White has his answer. He got in line at downtown Royal Oak’s Burn Rubber Shoe Boutique Tuesday for the shoes that went on sale Saturday.

The popular sneaker is now sold out. I am not a Kanye West fan but his shoes look good. A little expensive for my taste but its Kanye West what do you expect.

There was so much anticipation about the Nike shoes that a pair reportedly pre-sold on eBay for $90,300. The rapper designed footwear features a distinctive spike at the back and glow-in-the-dark soles. Now that is just crazy talk sold for over 90K that is stupid money.

I wonder if lil’ wayne is going to come out with a shoe soon? We will have to see!
FacebookTweetPinLinkedInEmail