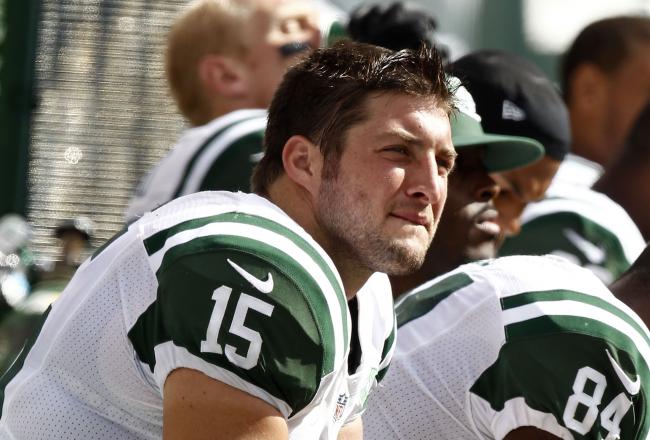 Since Tim Tebow has been benched people have been taking another look at him. 5 months after being voted one of the 100 top NFL QB’s Tim Tebow he was also rated the most overrated QB in the NFL based on a vote by sports illustrated.


A total of 180 players voted in the survey, and 34 percent named Tim Tebow. Mark Sanchez was tied for second with 8 percent with Tony Romo. Look at it this way if you are a Tebow fan that he’s at least beating Sanchez in one category.

This is kind of amusing because not to long ago Tebow was ranked #95 on the QB list and just coming off a playoff appearance with the Denver Broncos who rallied with a 1-4 start.

Tim Tebow has yet been able to become a major piece of the offense since being traded to the Jets. He has only gotten 55 snaps this season. He has played more on the special teams than at quarterback. So does that tell you anything?